The Lyric Opera of Chicago certainly went to the top of that list. “The people’s diva” is everywhere on the opera scene: hosting radio and television broadcasts, performing on stage and in concert stateside and abroad, and an active recitalist.  The Board of Directors of Lyric Opera of Chicago announced yesterday that famed soprano Renée Fleming has added one more huge credit to that list. She assumes the role of Creative Consultant, a first in this company’s history. Simultaneously, she and Sir Andrew Davis, Lyric’s music director, were elected to the Board of Directors as Vice-Presidents. Ms. Fleming’s appointment as Creative Consultant is effective immediately, for a term of five years.

Board President Richard P. Kiphart said, “For any business to flourish, new ideas are essential. Renée’s creativity and flair will be fantastic for Lyric Opera and will add to what is already a very successful organization. She is a highly knowledgeable opera professional who has a broad view of what a major opera house can mean to a community. She is also dedicated to bringing new audiences to our art form and to furthering the reach of opera through educational initiatives. I am also delighted that she will be joining Sir Andrew Davis as an international presence for our organization.”

At a time when many other opera companies are faltering and shuttering their hallowed halls, the Lyric has been a beacon of fiscal prudence. Bill Mason (General Director), the senior administrative staff, and the Lyric’s Board of Directors have meticulously managed the company’s finances without sacrificing artistic quality – the holy grail of arts organizations in tough economies. Fleming writes that good management and commitment to artistry “combined with aggressive marketing and fundraising, has kept the company in excellent financial shape, which is one of the many reasons why I am excited to be joining forces with Lyric. So, the ship is airtight, the economic storm is subsiding, and it’s time to take those brave steps forward and tackle the challenges facing opera today.” 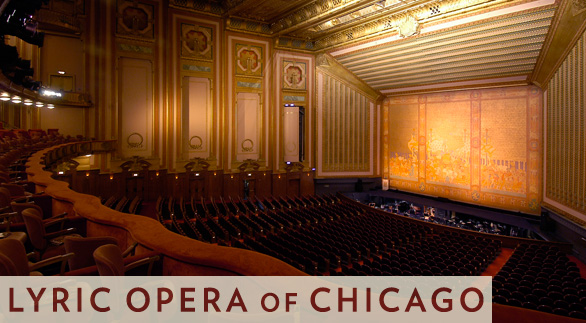 Her plans, in collaboration with her Lyric colleagues, include:

Fleming makes a strong point, “I believe it may be time to reexamine the role of an opera house in American communities in the 21st century. In addition to creating new works and providing quality programming in the operatic lexicon we know and love, we can also broaden the offerings to include more from our own musical heritage.  After 100 years in this country, the American musical has achieved “classic” status, and opera companies with extraordinary artistic resources are uniquely positioned to present productions at the highest level as part of the standard repertory. We needn’t wait for Broadway touring companies to present works that are tailor-made for the Chicago community, and that highlight the strengths of Lyric. Lyric has been investigating possibilities in this area for some time, and we would like to foster an annual series.”

Lyric Opera of Chicago is potentially the only opera company in the states as well-positioned on the cusp of the classical music revolution. With this newest addition to their creative team, they are boldly making the statement – we are going to be doing things a bit differently. They seem to be suggesting that they are actively working against the stuffiness and blandness that maligns opera today. Their commitment to developing more young artists is an invitation to the singing community to be a part of this renaissance.